Psychomotor disorders represent all the body’s and motricity’s "disorders" which take a prominent place in the psychic and relational functioning of the child in their origin or in their evolution. They manifest in the way the subject engages itself into the action and the relationship with others and in the world around him.

Psychomotor disorders are most often at the junction of multiple factors affecting the neurophysiological development, psychic structure and the child's history. They are often situational and soft, mainly hindering coping mechanisms then constituting a source of inconvenience and of suffering to the wearer.

We classify the different psychomotor disorders in 4 major categories which are developed in the following pages : 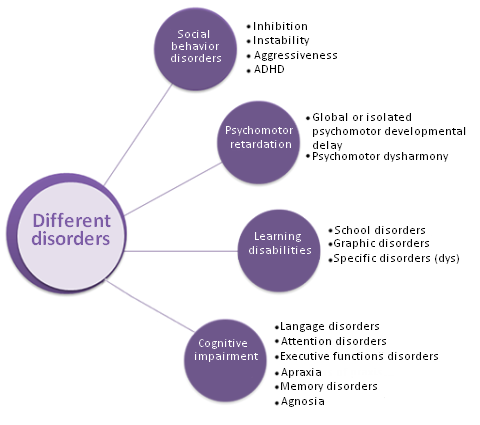